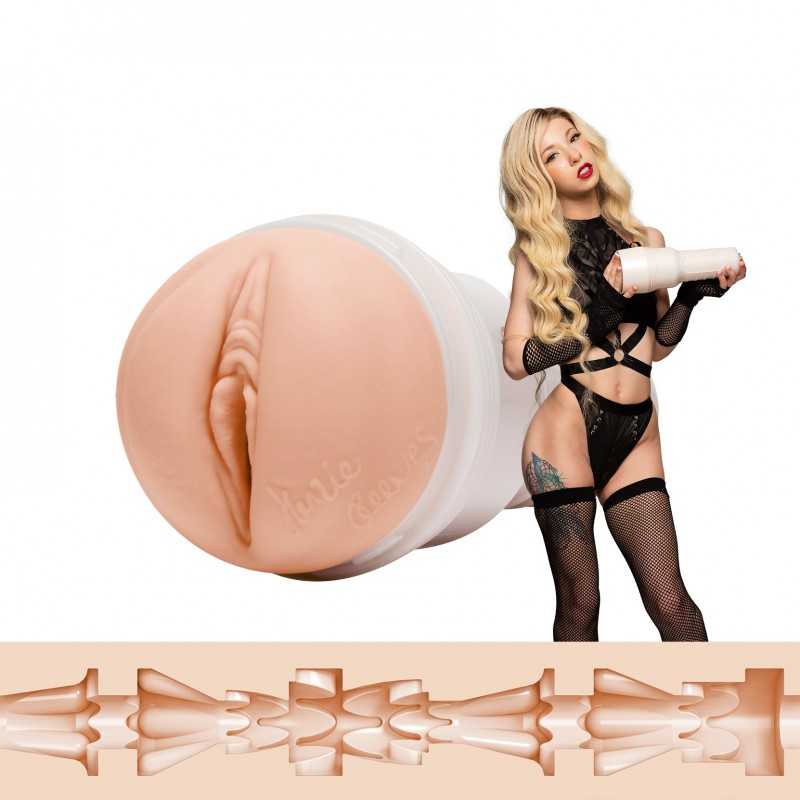 You've never been inside a pussy this puffy before! Lube up and slide in between Kenzie Reeves'tight, thin lips and experience a narrow inner texture designed for an overwhelming gripping and sucking sensation. This sex toy's multi-chambered build and never-before-seen structures make this a can't-miss pussy-crushing experience.

Born in New Hampshire on July 7th, 1997, this fresh-faced performer measures at just 4 feet 10 inches (1.47m) and 32B-22-30. Suffice it to say, if you’ve ever fantasized about a tiny blonde spinner riding your cock like there's no tomorrow, look no further – Kenzie Reeves is your girl!

As a teenager, Kenzie Reeves worked at Taco Bell as a cashier. However, the day she turned 18, she bid farewell to the popular restaurant and began working as an exotic dancer, performing in gentlemen's clubs across the United States. Despite this line of work being a well-compensated gig, Kenzie was soon ready to move on, keen to take her sexual talents to the next level.

"Anything to do with a schoolgirl fantasy…Anything with a plaid skirt and a ruler smacking my ass...I am totally with it".

Now, you can experience your wildest kink with Kenzie any time you wish by picking up one of her replica male masturbators, Creampuff and Cupcake, available only here at Fleshlight!
Product Details
FLESHLIGHT
E33688