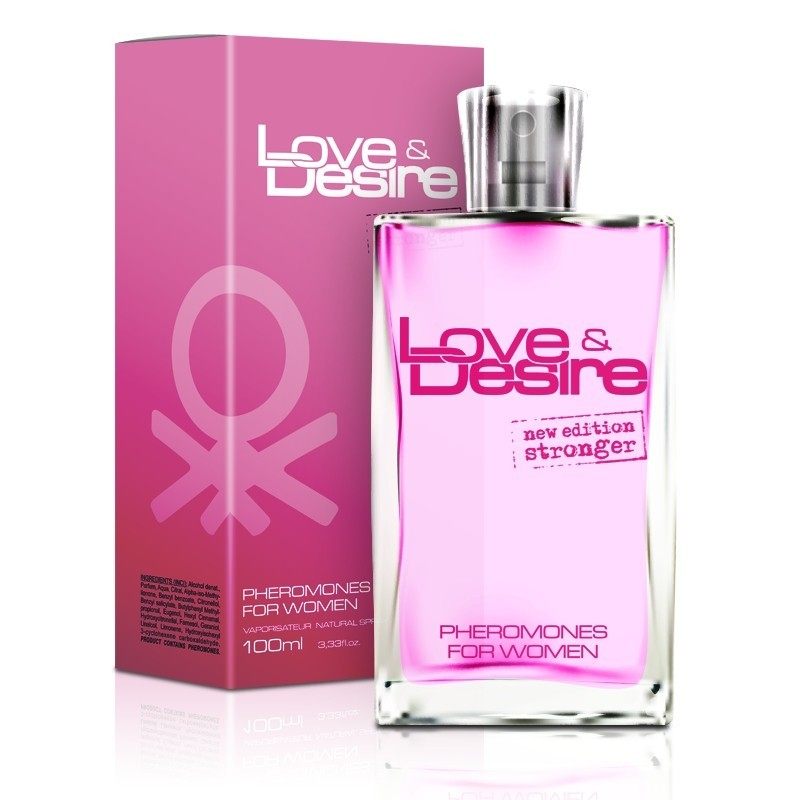 LOVE&DESIRE FOR HER - PHEROMONES WITH PERFUME 100 ML

LOVE&DESIRE FOR HER - PHEROMONES WITH PERFUME 100 ML

Pheromones and perfume with added pheromones work naturally, invisibly. While the smell of Love & Desire is extremely feminine, sexy and mesmerizing, pheromones have no smell, insensible for you and remainders. You no longer have to apply other fragrances by using the perfume with pheromones.

It's a sexy, fruity-flower fragrance for decisive, independent women, who know what they want don't feel afraid to take it. It's extremely feminine: sensual, spohisticated, strong, hot and rebellious. It provokes and fascinates, causes a huge cofusion in men's minds. It does everything, beyond making you neutral. The fragrance Love & Desire includes such aromatic ingredients as: blackcurrant, pear, Italian clementine, orange, ginger's flower, hibiscus seed, freesia, Californian cedar tree and vanilla.

The mechanizm of pheromones' action

Pheromones are a natural channel of communication between people, which is why they work for everyone. If you would like to freely strike up new acquaintances and still be yourself, trust in natural, proven ways - in pheromones. Sometimes each of us lacks the courage in male-female relationships. Sometimes we fell less attractive, which in turn is blocking us and we resist talking with an interesting person. Not only the attractiveness affects our appearance, but also "something", our internal magnetism.

Androsterone
It's the most feminine from all of the ingredients. It raises the dominance, but don't affect agression,enabling safety atmosphere. Naturally it surfaces at calm female, the Alpha type.

Androstadienone
"Pheromone of love", which influences on changing men's spirit. Plenty of research on this pheromone lead us to the fact that androstienone extremely affects to the men's mind activity as evidenced by rise of courage, recognition, improvement of spilit.

Copulins
belongs to the group of ladies' pheromones.It raises an attention among men, what makes it the most popular of women's pheromone. The Astrid Jutte's showed that Copulins regularly increases men's level of testosterone with a minimum of 150 %. The effect of Copulins' action has a comprehensive impact on women's perception in men's company. Copulins quickly generates excitement for which physical attractiveness comes down on the second plan.

Estratetraenol
is considered to be a real female pheromone. Estratetraenol, even in high doses remains odourless. Despite the lack of smell it activates the human brain in a specific way . A special sensitivity to the action of the estratetraenol show the dominative men. Small doses affect the change of mood and stimulate sexually.