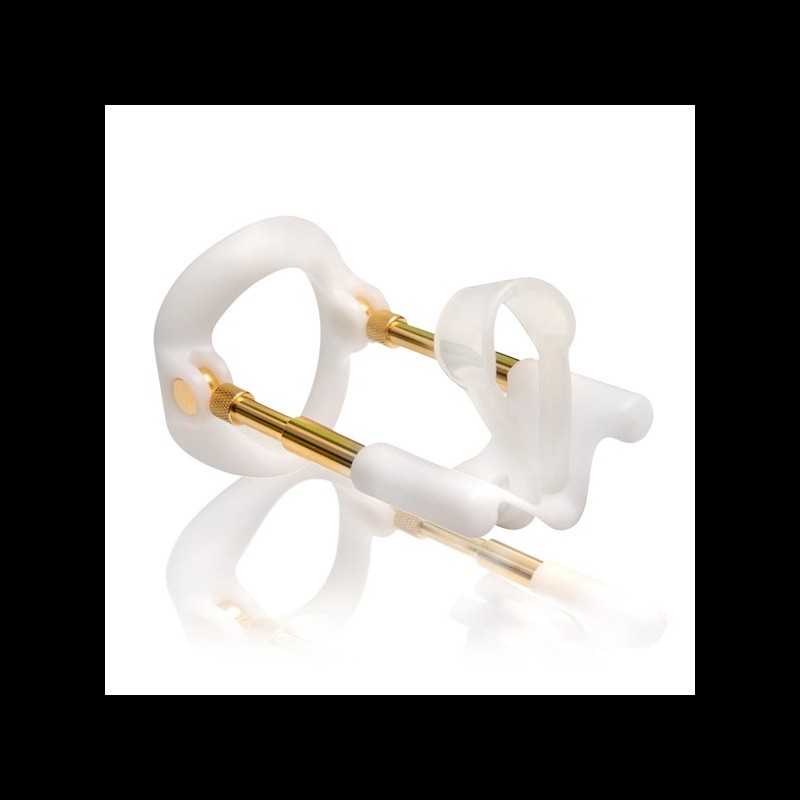 Andro-Penis is a traction device used to enlarge the penis. This growth occurs due to the reaction capacity of tissues to undergo cellular multiplication when they are subjected to a continuous force of traction. Andro-Penis is the most effective penis extender product on the market.

The principle of traction is used in plastic surgery for tissue expansion. The regeneration of new tissue is used to cover cutaneous defects, burns, and areas of hair loss. It is also used in orthopaedic surgery to enlarge the diaphysis of long bones and phalanges.

In ancient cultures this principle of traction is used to enlarge different parts of the body, like the neck of the Giraffe women of the Paduang tribe in Burma, or the lips and ears of other African and Amazonian tribes. They attach prothesises or weights for elongation.

Andro-Penis applies a traction force of 600 to 1500 grams on the penis for continued periods of time. The vector is situated on the penis axis.

Such traction creates an adaptative reaction of the penile tissue components at structural level, with an increase in cellular multiplication.

The device is composed of a plastic ring connected to two dinamic metal rods, a plastic support and a silicone band that holds the glans in place.

It is a European device, which can be easily worn and taken off. It is very discreet and comfortable. You can wear it while walking, sitting, standing, and so on.

Designed for penises of 4 inches or more in length.